It’s no secret that when our lives are filled with drama we struggle with pretty much everything. We tend to not manage time efficiently, our decision making skills suffer, and we begin to lack confidence and positivity.

The first thing you need to do when working to minimize that drama in your life is to identify it. This is a two-step process.

Sit down and think of everything that causes stress and feels like unnecessary drama. The easiest way to do this is to go through your day in your mind. When you drop the kids off at school do you always end up chatting with the schools resident parent drama queen? When you call your sister-in-law are you overwhelmed by all the family gossip she wants to share? These are thing you put on the list. Then once you have the list take a few days and just add to it as things pop up. After 3 days, you should have a pretty good idea of where the drama is in your life.

Take your list and put it into 3 categories. The first one is STOP. Put things into the STOP category that you have control over and can stop exposing yourself to immediately. Then do exactly that. The second one is ͞tweak͟ and you will put things into this category that you will have to be exposed to however you can tweak how you approach it and reduce the amount of drama that comes from it. Remember the sister-in-law example? This is a good tweak drama. You can’t cut your sister-in-law out of your life but you can tweak the phone calls. Start by saying, ͞Hey, I only have a few minutes so let’s go over the plans for the family reunion͟ which gives the call and agenda and will hopefully keep the gossip to a minimum. Should this not work, you are going to have to take control by saying, ͞I have so much going on in my own little family that I prefer not to be stressed with the drama of gossip.͟ Plan and simple. And the final category is ͞stuck with͟ and in this category is drama that you have little control over. If your boss is a drama queen/king it’s hard to rid your life of them. So, that brings me to my next point.

Staying drama-free in a drama filled world. When we are exposed to drama, the physical and mental changes we endure can be substantial. Our blood pressure goes up, we communicate more defensively, and we let the exchange bother us long after the drama is over.

Minimize the effects of drama using these two techniques.

The first thing you need to do is remain calm. Our blood pressure rises and we become defensive because we don’t do a good enough job of staying calm. When faced with a drama filled experiences such as a meeting with your boss and colleagues that simply makes your blood boil try to breathe in order to achieve a level of calmness. Take a breath in slowly to the count of 1 -2 -3 -4 and hold it for 1 –2 – 3. Exhale to the count of seven. 1 –2 –3 –4 –5 –6 – 7.

Resist speaking unless asked a direct question. YES, I know you have something to say and that you disagree with most of what is being said in the room however if the likelihood of your idea or comment

being heard is zero than why bother. Make a note of it and discuss it privately with the appropriate people afterwards.

Leave the drama where it started. That means, once the exchange is over it’s over. It has no place in your life so don’t drag it there. This means that when you hang up from your sister in law you don’t call your cousin to tell her the gossip. It means when you walk out of that meeting that you don’t go back to your office and write an email to a colleague about your boss. It means when you go to bed at night that you should quietly make a list of all the goodness in your life and all your blessings and not rehash the drama of the day.

Loren Slocum Lahav is a sought-after expert, author, speaker & entrepreneur with over 30 years of experience in the personal development and life-coaching industry. 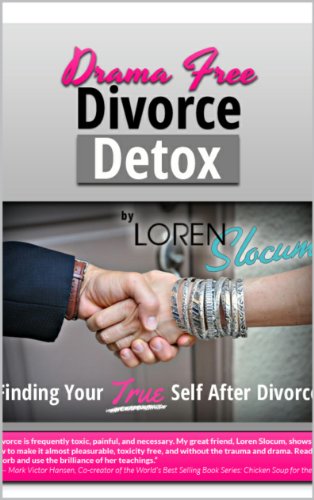 Thrive: The Definition Everyone Should Know

To say that I am honored and humbled to be a part of “Chicken Soup for the Soul: Time to Thrive: 101 Inspiring Stories about Growth, Wisdom, and Dreams” is a huge understatement. To be associated with one of the world’s . . .

The #1 Mistake That Will Make You Fail At Business

The word ͞fail͟ isn’t even in my vocabulary. That doesn’t mean that I succeed at everything I do but it does mean that I use every ͞non-success͟ as a learning opportunity therefore it’s not a fail.  But, when it comes to . . .

People know that I am very into health and wellness. Anytime the topic comes up with other moms about a healthy diet for their family and making exercise part of their lifestyle, I get the same question,

I am a firm believer in positive affirmations and I find that many people are still not sure exactly what they are or how to use them in their daily life. I will be doing several blog posts on this topic over the next fe . . .

It's Okay to Make YOU the Priority

As the mom of a young man who recently went off to college and other kids still at home who are growing up faster than I care to admit, I know all too well the feelings that come with empty nest syndrome or preparing for . . .

I was taking an early morning walk with my pup which is something I do regularly. Mornings are the best time to reflect, think about the day ahead, makes plans, and get in a bit of exercise in the process. Who knew that . . .

Are you growing old gracefully?

No matter what we do, the fact of life is that we are all getting older. Even those who eat the healthiest diets, hydrate daily, and exercise as a way of life, will all see signs of aging. We get the occasional gray hair . . .

We all have dreams. Some dreams are small and others large. When we reach one dream there is always another waiting in the wings to take its’ place. The thing about dreams is that we are usually a bit nervous to tell oth . . .

People are talking about

“Loren is a dynamic woman and mother. She is such an amazing young woman accomplishing so much. Consistently achieving her goals, Loren’s guidance has . . .

What is your personal story and how did you get to where you are today?

Ever since I was a young girl, I always fought for the underdog. My belief has always been that everyone deserves a chance to find his/her place. . . .

As technology and work demands increase, we continue to explore more creative ways to make life easier. We are making it easier, yes, but does not necessarily mean more enjoyable and more fulfilling? Since 46% of the Ame . . .

What is the Life Tuneups series?

In her new book, Life Tuneups: Your Personal Plan to find Balance, Discover Your Passion, and Step into Greatness, accomplished inspirational speaker and author Loren Slocum is committed . . .