Melanie Churella Johnson is a 7x best selling author, she's owned and operated two TV stations. She built and marketed the Houston Mansion and she is currently the owner of Elite Online Publishing.

Melanie Churella Johnson is a 7x best selling author, she's owned and operated two TV stations. She built and marketed the Houston Mansion and she is currently the owner of Elite Online Publishing. 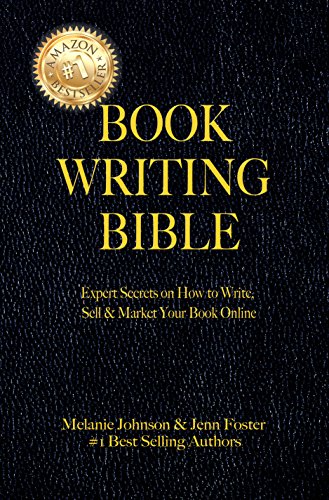 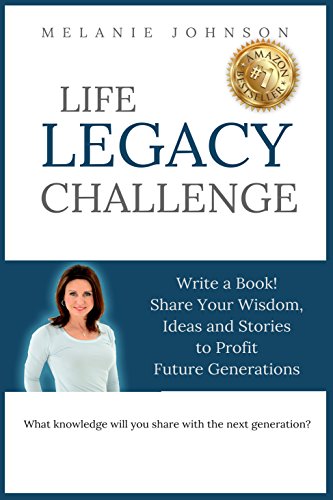 Why You Should Self-Publish

So, you finally finished writing the book you have sweated and cried over. With all you have done to write it, people should have the chance to read it. Of course you could go to a big publishing company, but you can alw . . .

Publishing a book is always amazing, but what’s even better is being able to tell everyone that you are the #1 on Amazon’s Bestseller list. You may think it’s impossible, but it may not be as hard as you think it will be . . .

Can You Make Money With a Self-Published Book?

As much as you want to write a book for reasons such as increasing your platform, leaving a legacy behind, or just because it sounded like fun, there is always an underlying reason of wanting your book published: to make . . .

Melanie launched, owned, and operated 2 independent TV stations in Houston and Dallas, Texas: Houston (Channel 51) and Dallas (Channel 55) Melanie started her career as a news anchor in Detroit at Channel 20 after she won the title of Miss Michigan and was first runner up to Miss America. Melanie has a background in Media, Marketing, Public Relations and Advertising. She has been in front of, as well as behind the camera. She was a News Anchor, Producer, Writer, Public Relations, Promotions, TV ad sales, Programming Negotiations and a Financial Strategist.  She has done business with Warner Brothers, Disney, King World and MGM Studios. In addition to creating and developing successful businesses she has created award winning advertising campaigns and is a six- time #1 Best Selling Author.

She got her feet wet in the luxury building and design industry when she was the general contractor and developer for her personal 25,000 square foot home known as "The Houston Mansion" and her 13,000 square foot summer home in Petoskey, Michigan "The Walloon Lake House." During the economic downturn, Melanie turned both of these properties into successful Luxury Vacation and Event Rental Properties and continues to invest and develop real estate.

She is the CEO of Charity Auction Consignments. Melanie graciously donates her Villa in the Dominican Republic along with her other properties to help raise money for children’s issues, health, education, and animals. She works with numerous charities including Texas Children’s Hospital, Citizens for animal protection, Fanatical Change Foundation, Just Like My Child and a variety of private schools.

Melanie is the CEO of Elite Online Publishing. She is passionate about sharing people's stories that, educate, motivate and inspire. They publish, market and promote nonfiction books for business owners and athletes to create expert authority status for marketing impact and influence. She is honored to work one on one with their authors to create the best strategies for their book creation, marketing, and social media.

Melanie was honored to be a Tedx speaker in Sugarland, Texas in 2016 where she spoke on the importance of leaving a legacy. She is the host of two podcasts on iTunes and Stitcher Radio and has a YouTube channel.

Melanie graduated from Michigan State University with a degree in communications, and was the first female to receive a varsity letter in a boys sport in the state of Michigan. She lives in Houston, Texas and is originally from Michigan. She is enjoying raising her two sons, who keep her motivated and young. She loves the beach, traveling and spending time with her family.