Recently, while you were occupied with the Snap IPO and Uber thing (and that other Uber thing), one small corner of the internet waged a minor battle that has far-reaching ramifications for entrepreneurs wanting to leverage the SEO power of Wikipedia to establish themselves.

This seemingly innocuous comment about Garfield, a popular comic strip character, set off a wave of edits and an earnest discussion that called into question Garfield's gender, religion, and "spouse". At one point, edits were even made anonymously from the U.S. House of Representatives. The page was reverted and locked down from further editing to stem the madness.

Eventually, the character's creator, Jim Davis, settled the matter, telling the Washington Post that "Garfield is male. He has a girlfriend, Arlene."

How did this happen in the first place?

It comes down to the way Wikipedia democratizes the sourcing of information. They rely heavily on secondary and tertiary sources to determine the notability and factual nature of a subject, and often disregard primary sources on the basis of bias.

In the case of Garfield, one credit listing him as Muslim, with the comment "Updated to reflect Garfield's self-identified religion", was reverted shortly after as it relied on a primary source--Garfield himself in the comic strip--having been considered unreliable (or quite possibly, silly.)

It's All About the SEO

As an entrepreneur, having a Wikipedia article written about you is the holy grail. The chance to immediately rank first every time someone Googles you can be priceless. In fact, it has been said that if you don't have a page on Wikipedia, you don't actually exist.

If Garfield's plight doesn't deter you, here are some tips on how to get your own Wikipedia page and make it stick:

Before you even begin to think about having your own page created, start tallying all of the things you've participated in that may have been notable in some way--and then check Wikipedia to see if there is already an entry about it. Is your hometown famous for something? Are you on any organizational boards? Did Tom Cruise take you to the prom?

For any brushes with fame that you've had, come up with reliable sources to prove it and then get yourself added as a mention onto that already existing page.

Wikipedia articles start out as "stub" entries, with the bare minimum of information. Once they're up, though, they can be edited and added to by anyone.

The longer an article, the more it needs to be substantiated. If you're a new company, make sure that you start with one or two sentences that can be backed up by secondary sources.

The key to Wikipedia notability is in secondary and third party sources - it isn't enough for you to release a product (be it a book, software, movie, anything)--someone else needs to write or talk about it on a major media outlet in order for it to matter.

In other words, that app you developed may be wonderful, and I'm sure your users are very happy--but until some random journalist mentions their use of it in the wild, it doesn't exist.

When Author Judith Newman was trying to get a Wikipedia page for herself, she wrote a piece about Wikipedia in the New York Times.

So what do you do if you don't have enough sources about you already? In the case of Artists Maryon Kantaroff, Tazeen Qayyum, and Mille Chen, their local community was asked to take part in an edit-a-thon to create pages for them to increase awareness of their art, and of the issue of the low number pages approved overall for notable females.

Writing a page about yourself is a surefire way to get deleted, but if you put out an ask you're likely to get help.

For now, at least, the internet has decided that there are enough credible sources to prove that Garfield is indeed male.

But for entrepreneurs trying to break into the annals of Wikipedia--is it really worth the headache? 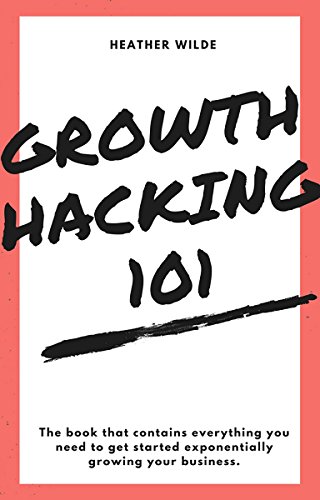 Here’s a pretty alarming graph courtesy of the SBA, co . . .