Lets again review that reading music is an activity in four dimensions:

Dynamics are pretty easy to understand. This word relates to the relative loudness (or quietness) of music. Timbre (pronounced tam-ber) is a little more complex. So, before we go further let me elaborate a little on the meaning of timbre.

A flute, a trumpet, a piano, a xylophone, a synthisier, and the human voice can all produce the same note, yet each instrument has a distinct tone color or “timbre” that differentiates it from the others. Beyond that, there is often variation among the instruments themselves. For example, no two pianos sound quite the same, nor do any two guitars, and every human voice has it’s own distinct sound quality. Going one step further, many instruments can vary their tone individually. Take string instruments for example. If one plucks or bows a note on a string close to the bridge (the secured end), it sounds different than it does plucked or bowed near the middle.

Okay, so what do timbre & dynamics have to do with Getting The Most Out of Practice? Well, composers and musicians use timbre and dynamics to create more expressive music. Advancing musicians (students of music) can get a two-fer (two-for one) value bringing the use of dynamic & timbre control into their practice.

First off, pitch, rhythm, timbre, and dynamics are the four elements of music. All musicians need to learn to control all four elements. In lessons, students tend to focus on pitch, and teachers often struggle to get students to also pay attention to rhythm. While this is going on, often dynamics and timbre are pushed into the background. However, when students (and teachers) bring dynamics and timbre into practice, the picture becomes more complete. When we practice, it is very beneficial to do so with all the elements. This way, when it is time to perform expressive elements will feel natural and normal.

When we practice, it is very beneficial to do so with all the elements.

Now, here is where the two for one comes in. This method of incorporating dynamic and timbre chances into practice is particularly helpful for beginning students with little repertoire under their belts. You see, becoming a proficient musician requires a substantial amount of repetition & redundancy in practice. This can become tedious and even downright boring for music students. So, if we use different dynamic levels and timbres when we repeat a musical passage for practice, it becomes more interesting.

Written music often, but not always, uses words and/or symbols to indicate dynamics and timbre. It is beyond the scope of this article to review those symbols here. If you are not already familiar, ask your music instructor about dynamics & timbre. If your music has dynamic and/or timbre markings, pay attention and follow the directions. If it does not, consider writing in your own or ask your teacher to help out. Either way, including expressive elements will help you get the most out of practice.

Until next time, happy practicing, 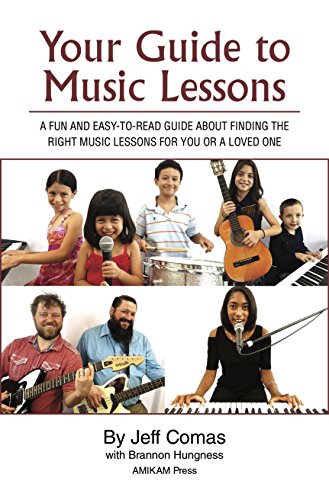